We have all taken for granted flushing the loo . . . .

and then forgetting / disregarding what happens thereafter.  Stuff just disappears, right? Wrong.  We must take care of it.When the loo is flushed, the liquid (water) should be at least 70% of the total volume, with paper and poop being the remaining 30%. This is about the limits on what the sewerage systems can handle  When increasing the ‘solid‘ portion / percentage, this would create major problems with pipework, pump-stations, and finally the municipal wastewater treatment works (WWTW). The darn stuff just doesn’t flow well.

I relate to this, from experience - an anecdote.

Just before Lord Nelson relinquished his presidency (1999), Scottburgh, a small town on the KZN south coast, was experiencing a crippling drought. Severe water restrictions were in place, restricting every household a mere 300 litres per day, per house.  This was the TOTAL max allowable, and if this was exceeded, the authorities threatened massive penalties, and even disruption of service (i.e  supply cut).

300 litres of water per day, to wash, cook, shower (bathe), and flush.  Is this even possible?  Yes, and Scotties did it. But just barely. Each and every day, the water meter was checked, and if the family managed to under-use their quota, there was that feeling of jubilation, and wealth – where can we spend the last 5 litres? Another cup of coffee? Or even wash the windscreen?  Perhaps  give the dog some fresh water? But, the idea here is that residents were saving their wastewater. It was valuable!

The good folk in town managed, and survived.  However, the sewage systems didn’t. Blockages occurred all over. Sewer pumps jammed and pump-stations overflowed. There was raw sewage everywhere. I repeat -The damned stuff just didn't flow, except out the pipes and into the streets. This was a serious health risk, and a major environmental nightmare. Many people demanded that something be done – the whole town needed a quick solution, but there wasn’t one.

Well, actually there was. You see, Durban Metro had just commissioned the Inanda Dam (north coast / Ballito area near the new airport) and had supplemented some of Durban’s water with this supply.  However, the water quality from Inanda dam was found to be unfit for human consumption.  The 6000 indigenous residents of the dam’s catchment area were still on very primitive sewage disposal systems – the long drop. (On this note, the municipal water leaders renamed 'long drops' to VIP’s - Ventilated Improved Pit latrines, in the hope that the pollution value would also change). Water quality didn't change, and hence water was still unacceptable, to Durban.  However, the good old folk in Scotties would take anything they could get, and a pipeline was quickly planted all the way from Durbs to the main dam in Park Rynie.

Now, if everyone in Scottburgh had a sewage treatment system installed in their garden, flushing the loo would be as regular as the people were. This water would would be recycled back to the toilets again, washing the windscreen. Replacing the dog's water would never be an issue. This would have served the owners well, and would have very little negative environmental impact. Now, if 300 litres is recycled, and 300 litres is added to the household every day, in just one month, the family would have become proud owners of 18000 litres of liquid gold. Without restrictions, and based on today's water consumption, the same household would be 120 000 litres better off, every month. And every year - water millionaires.

A sewage treatment plant is a good investment, and a great one if it's a Scarab.

A tail note – The Durban municipality has acknowledged that the Inanda water also contained high levels of mercury, from Thor Chemicals, who were allowing highly toxic liquids to drain into the Inanda’s catchment area. To the people in Scottburgh (and anywhere else for that matter) – You needed to look Durban’s gift horse in the mouth. Treat your water to a Scarab system 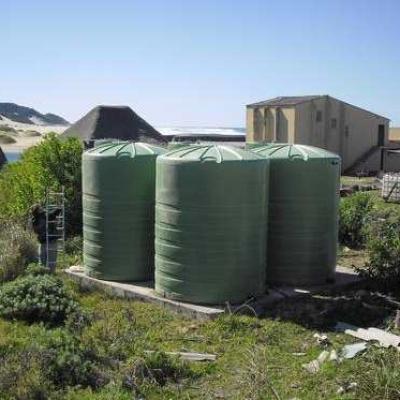 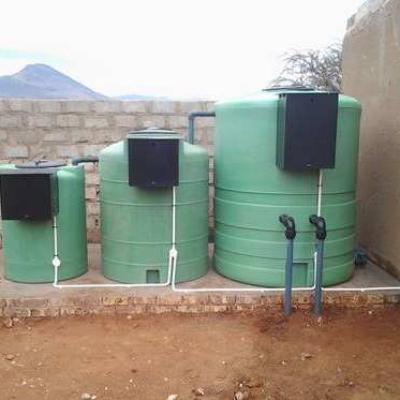 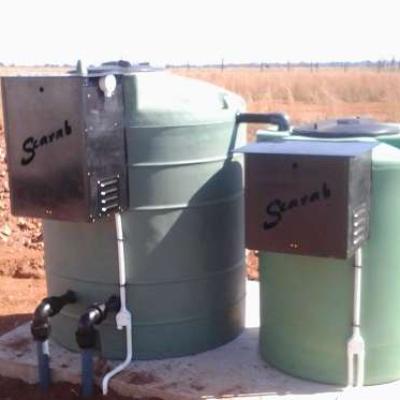